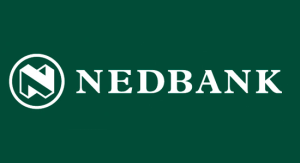 Conditions of sale:
1. The full and complete conditions of sale will be read immediately before the sale and will lie for inspection at the offices of the Sheriff.
2. The following information is furnished but not guaranteed: Tiled roof, 2 bedrooms, bathroom, lounge, dining-room and kitchen.
3. Payment: Ten per centum of the purchase price on the day of the sale and the balance together with interest thereon at the prevailing rate from time to time, currently the rate of 9,5% per annum calculated on the Judgment Creditor’s claim from the date of sale to date of transfer against registration of transfer of the property into the name of the purchaser, which payment shall be secured by an approved bank guarantee within fourteen (14) days of the date of sale.
Dated at Claremont on this the 30th day of October 2014. STBB Smith Tabata Buchanan Boyes, Attorneys for Judgment Creditor, Buchanan’s Chambers, 2nd Floor, corner of
Warwick Street/Pearce Road, Claremont. Tel: (021) 673-4700. Ref: D Jardine/WACH1008.

NEDBANK, Execution Creditor, and MIDDLE STOP TRUST, 1st Execution Debtor,
NTOBEKO ANDERSON DAKU N.O, 2nd Execution Debtor, and ENID NIKIWE DAKU N.O, 3rd Execution Debtor
NOTICE OF SALE IN TERMS OF RULE 43 (6) (b)
In pursuance of a judgment of the above Honourable Court, dated 26th April 2002, and Attachment in Execution dated 10th July 2014, the following property will be sold at Friday, 5th December 2014 at 12h00, at the offices of the Sheriff, North, being Danellyn Building, 12 Theale Street, North End, Port Elizabeth, to the highest bidder subject to the following conditions hereinafter mentioned and to the further conditions which will be read out by the Sheriff at the sale. Erf 7617 & 7618, in extent 363 square metres (Erf 7617) and 546 square metres (Erf 7618). Street address: 28/30 Kabonqaba Street, Motherwell, held by Deed of Transfer No. T63381/2001. Zoning: Business rights. The following information is supplied, but nothing is guaranteed: Description of the property: Including outbuildings. Freestanding building under a zink roof. No boundary walls. One open plan building with kitchen, coldroom, kitchen & toilet. With an open office. Extras: Enclosed carports (one being used for a pool room and the other for seating in Tavern-Area). Main building being used as Shop/Cafe. Conditions of payment: Terms: 10% deposit and Sheriff’s charges at 6% of the proceeds of the sale which shall be paid by the Purchaser up to a price of R30 000,00 and thereafter 3,5% of the balance, up to a maximum fee of R7 000,00, subject to a minimum of R352,00 on the date of sale, the balance against transfer to be secured by a bank or bank guarantee, to be approved by the Plaintiff’s attorneys, to be furnished to the Sheriff within twenty-one (21) days from date of the sale. Conditions of sale: The full conditions of sale lie for inspection at the offices of the Sheriff of the Court, Port Elizabeth North. Tel: (041) 484-3887. Dated at Port Elizabeth on this the 4th day of November 2014.
Karsans Inc., 235 Caledon Street, Uitenhage. (Ref: M Karsan/DM/N1105.) 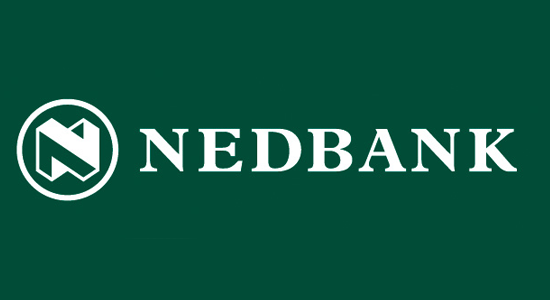 In the matter between: NEDBANK LIMITED, Plaintiff, and CHITETA, WANA, 1st Defendant, and
CHITETA, NICOLIZE MARY, 2nd Defendant
NOTICE OF SALE IN EXECUTION OF IMMOVABLE PROPERTY
In execution of a judgment of the High Court of South Africa, Gauteng Division, Pretoria, in the above-mentioned suit, a
sale without a reserve price, the price subject to the Plaintiff’s approval, will be held by the Sheriff, Randburg West at 614 James
Crescent, Halfway House, on the 24th day of June 2014 at 11h00, of the undermentioned property of the Defendants on the
conditions to be read out by the Auctioneer at the time of the sale, which conditions will lie for inspection, prior to the sale, at
the offices of the Sheriff, Randburg West, 614 James Crescent, Halfway House (short description of property, situation and
street number):
Certain: Section No. 109, as shown and more fully described on Sectional Plan No. SS832/1993, in the scheme known as
Petra Nera, in respect of the land and building or buildings situate at Bloubosrand Extension 13 Township, Local Authority,
City of Johannesburg, of which section the floor area, according to the said sectional plan, is 70 m2 (seventy square metres) in
extent and also known as No. 109 Petra Nera, Riverbend Road, Bloubosrand Ext. 13, Randburg; and
an undivided share in the common property in the scheme apportioned to the said section in accordance with the
participation quota as endorsed on the said sectional plan (held by Deed of Transfer No. ST073556/2010).
Improvements (none of which are guaranteed) consisting of the following: Main building: 3 bedrooms, bathroom, lounge,
kitchen. Outbuilding: Carport. Constructed: Brick under tiles.
Terms: 10% (ten percent) of the purchase price in cash on the day of the sale; the balance payable against registration of
transfer to be secured by a bank or other acceptable guarantee to be furnished within 14 (fourteen) days from the date of sale.
Auctioneer’s charges, payable on the day of the sale, to be calculated as follows: 6% (six percent) on the proceeds of the
sale up to a price of R30 000,00 (thirty thousand rand) and thereafter 3.5% (three point five percent) up to a maximum fee of
R9 655,00 (nine thousand six hundred and fifty-five rand), plus VAT. Minimum charge R485,00 (four hundred and eighty-five
rand), plus VAT.
Dated at Johannesburg on this the 20th day of May 2014.
Rossouws Lesie Inc., 8 Sherborne Road, Parktown, Johannesburg; P.O. Box 1588, Johannesburg. Tel: (011) 726-9000.
Fax: (011) 726-3855. (Ref: MAT9504/JJ Rossouw/R Beetge.) C/o R Swaak Attorney, 1244 Woodlands Drive, Queenswood,
Pretoria. Tel: (012) 333-3540. Fax: (012) 333-3543.

Turning the wheels of Justice

It would seem that the wheels of Justice do eventually turn albeit very slowly in South Africa. And, just how slowly seem to be the case when Elsie Gundwana found herself on the wrong side a case against her by Nedbank and Steko Development. Simply put, this woman was in the process of losing her home due to a sale in execution.

The problems started as far back as 2003 when the first judgment was passed against her. She then paid monies over to the bank and continued to pay irregularly over the next few years and was under the assumption that the matter had been resolved. It was only in 2007 that Ms Gundwana found to her horror that the sale in execution was indeed to take place.

After a further payment to the bank Ms Gundwana once again assumed that the matter was under control. In August the property was sold in execution to Steko Development and she continued to live on the property. It was only after an eviction order was granted that all these irregularities came to light. Through all the various hearings it was proven that her constitutional rights had also been trampled on by the courts through a lack of information and correct procedures.

After a series of appeals by all parties concerned the matter the judgment against Ms Gundwana will be rescinded. Ms Gundwana has been fortunate to have this decision changed and ruled in her favor but sadly many others have not been so lucky.

What has been uncovered during this is a veritable nightmare that consumers should be made aware of. Through an intervention by Consumer Guardian Services, a company that specializes in helping consumers through the tangle of legalities involved with sales in execution, it has also come to light that Ms Gundwana has been overcharged quite dramatically by the bank.

Apart from all of this, it has also come to light that there are a huge number of corrupt sheriffs who are appointed by the banks to execute the auctions on these properties. It would seem that the sheriffs are involved with crime syndicates to purchase these properties for knock down prices – some as low as 30% of the real value of said properties.

This practice was exposed by Noseweek in an article published in December last year. At last the Board of Sheriffs has been shaken out of its slumber and is now taking action against this odious practice. It is extremely sad that the plight of a poor woman is what it takes for the wheels of justice to finally turn but the hope is that by exposing banks that overcharge and rooting out corrupt sheriffs these same wheels will turn a bit faster in the future.