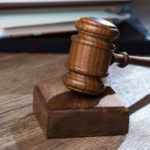 After three years, the Moores finally own their house. Again! Six years ago, the Vereeniging couple fell prey to a reverse mortgage scam known as the Brusson scheme, named after the unregistered credit provider who managed to dupe about 900 people into handing over ownership of their properties in exchange for a loan. The Moores received notice that the sheriff of the court would attach their property in August 2011, but less than two weeks ago, they knew that their home was safe. This is because the Legal Resources Centre (LRC), which is representing about 100 people affected by the scheme, won a judgment in the high court in Joburg on September 26 to return ownership to the Moores. Although the bank was not party to the scheme, Acting Judge Mohammed Chohan found Absa could not attach the property because the Moores had not intended to transfer ownership of their property to a third property. ‘It was amazing,’ a relieved Christine Moore said. ‘It was a stressful period but we can now breathe again.’

The LRC won a similarly favourable judgment on September 25 in the case of the Radebes, who in 2007 were also caught in the scheme. ‘We’re over the moon, we’re so happy. We thought it would never end,’ the Radebes said. The LRC has been battling with 90 different cases involving Brusson Finance, which was never a registered credit provider and has since gone into liquidation.

Essentially, Brusson would deceive homeowners into signing over ownership of their properties into a third party ‘investor’ to secure loans. ‘Quite clearly, the Brusson scheme was widespread and would seem to have targeted the most vulnerable of people, namely those who were already over-indebted,’ Judge Chohan wrote in his judgment. In a statement issued after the judgments were handed down, the LRC said these two rulings were vital for future similar cases involving the Brusson scheme and banks, which it accused of reckless lending. ‘With such a favourable judgment, the LRC is in a better position to litigate on behalf of the other 90 clients we are currently assisting, some of whom are in various stages of litigation,’ the LRC said.

In the Moore and Radebe cases, Absa and Nedbank, respectively, had provided the loans to the fake investors, although Judge Chohan said there was no doubt there would be other financial institutions that had made loans to the Brusson scheme. The banks argued in the two cases that the homeowners should have known or foreseen of the binding consequences of the contract with Brusson. But the judges in both matters, Judge Chohan and Judge Caroline Nicholls, to different extents, agreed that the homeowners had no intention of selling their properties and were deceived by Brusson. Both judges said the banks were still entitled to pursue claims against the investors.

Judge Nicholls ordered Nedbank to pay the legal costs in the Moore case, while Judge Chohan ordered each party to pay its own legal costs.