At an inquiry hearing, he said HSBC, Standard Chartered and India’s Bank of Baroda were “directly culpable”.

The inquiry is investigating claims of graft against Mr Zuma and the Gupta family. They deny any wrongdoing.

HSBC said it supported the inquiry while Standard Chartered said there was no evidence linking it to the Guptas.

No-one from the Bank of Baroda was immediately available for comment.

The ongoing curatorship of African Bank has perhaps arisen at a fitting time, when what was historically feverishly slow and sparse insolvency reform across the African continent may just be showing signs of
awakening (the recent enactment of the new Insolvency Act 2015 in Kenya and introduction of Chapter 6 Business Rescue proceedings into the new Companies Act in South Africa being but two examples of this).
The often stark contrast between local practices (which can vary greatly across the African continent’s different jurisdictions) and that which is more closely aligned toward international regimes (UNCITRAL model law and
cross border insolvency regimes being of relevance here) remains a key challenge.

As investors seek to capitalise on growth opportunities across Africa (but at the same time view the risk of insolvency and a lack of clarity over insolvency outcomes and or workout mechanisms available to them as key
impediments), never so more than today has insolvency reform and transparency been more pertinent, for both local and foreign stakeholders alike.

Over 225 applicants, primarily from Gauteng’s poorer townships, have instituted a R60 billion claim for damages against some of South Africa’s biggest banks.

GroundUp reports that the case revolves around a number of unlawful repossessions by the banks over the past 23 years, with the R60 billion figure based on the average estimated loss of home equity value, multiplied by the roughly 100,000 homes repossessed since 1994.

Nedbank, Absa, FirstRand Bank and Standard Bank are cited as respondents in the case, as well as the National Credit Regulator, the Minister for Justice and Constitutional Development, the SA Human Rights Commission and the High Court Rules Board. 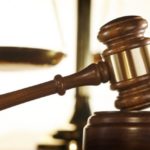 Disgruntled bank customers are calling for a class action suit against the banks after new evidence suggests banks are concealing their securitisation activities from customers, the courts and investors, in what could turn out to be the largest banking fraud in South African history.

Scores of South Africans have added their voices to the growing clamour for a class action suit against the banks in response to what may turn out to be the biggest fraud in South African history. This follows publication of research coordinated by Advocate Douglas Shaw suggesting that banks are securitising home loans but hiding this fact from the courts when seeking judgment against customers allegedly in default.

Securitisation is the banks’ practice of bundling loans together and on-selling them investors who buy and sell these assets on the JSE and other stock markets. Once a loan is securitised, the bank loses legal title to the loan.

WHILE mandated to market and sell bulk properties on behalf of Absa, Auction Alliance allegedly acquired some of the residential units for itself without disclosing this to the bank.

Auction Alliance is also accused, in the Greyling forensic report that Business Day has seen, of paying referral commissions to bank officials at Absa, Nedbank, RNB/FNB and Investec.

The report is the product of a forensic probe carried out by Allan Greyling and his team at Accountants at Law (A@L) in 2012. It has been buried away from the public eye ever since.

Barclays is pulling out of Absa

Barclays bank is sounding the retreat in Africa, with plans being drawn up to drop some of its stake in Barclays Africa.

The group currently holds a 62% stake in the Africa group which serves as its foothold onto the continent.

While known as Absa locally, Barclays Africa is a group of banks operating across Africa, including Kenya and Botswana.

According to a report by the Wall Street Journal, Barclays was one of the few ‘western’ banks to form a big presence on the continent.

However, with many sub-Saharan economies in turmoil – including South Africa – the adventure no longer fits in with the group’s strategy.

The move comes as result of new Barclays CEO Jes Staley’s move to cut weak units from the bank.

Based in South Africa, Barclays Africa/Absa has been hit hard by recent economic turmoil.

The rand has lost over 30% of its value in the past few weeks, while the country is plagued by poor economic policies and ongoing drought conditions.

The ANC Youth League blames Absa for the rand weakness, saying that Barclays itself is behind the crash.

The political group said that Barclays has been “excessively and aggressively” selling the local currency for the past few months.

“This has created a panic in international commodity trading platforms like forex. The excessive selling by Barclays has in turn reduced the demand for the South African rand,” the ANCYL said.

“The plan is to sell so much of the rand currency in order to drive down its price and then to later re-purchase it, which will push up its value as demand for it increases.”

“This is how that they profiteer and play with our country, through their actions.”

The league pointed out that in May 2015, Barclays was hit with a $2.4 Billion fine for rigging the foreign exchange market, and has, over time, paid a total of $638 million for misconduct related to Foreign Exchange at the New York Department of Financial Services.

They accused the finance house of ditching South Africa in favour of boosting the economies of their home countries.

Barclays is pulling out of Absa: report