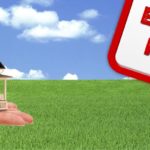 A recent Constitutional Court judgement has ruled that residents cannot be evicted if they would be left homeless. The onus falls on the municipality to provide housing before they vacate the property.

Against the backdrop of the uncertain South African economy there is one question that is regularly asked: what is the best investment to make? What is a solid investment that is robust, secure, proven, will weather economic storms and will stand the test of time? According to many self-help books and billionaire biographies the resounding response is to invest in property.

What better way to make money than to invest in an appreciating asset that someone else, aka your tenant, is paying for? Enlightened landlords know that the South African rental industry is not without its challenges, not least of which is the hiccup of evicting non-paying tenants. Up until now, evicting someone from your property has been a well-travelled road of following the procedures, complying with PIE and eventually, armed with your court order, booting the freeloaders off your property. Without a doubt it’s a costly and lengthy process, but the promise of a legally enforceable eviction order at the end of it makes it all worthwhile. Until now. The Constitutional Court has just added a detour on this road to eviction. And who knows where it’s going to lead?

While we don’t know where this story ends, we do know where it started. Sometime during 2012 Mr Maseko decided to put his pension funds to work, and what better way than to follow the lead of billionaire property tycoons by investing in property? Even better, he found an apartment block being sold by a company in liquidation, giving him the upper hand negotiating the price. And being rather dilapidated the property gave him the opportunity to manufacture asset growth by renovating then renting out his shiny new units for a higher rental. One small problem: the property was already occupied. By no less than 184 impoverished individuals who had no intention of going anywhere.